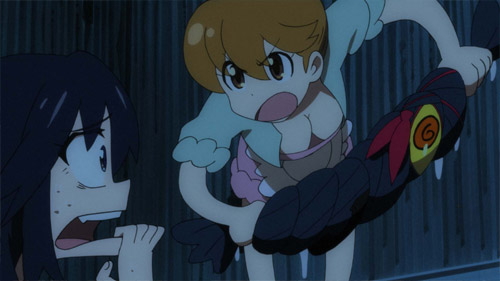 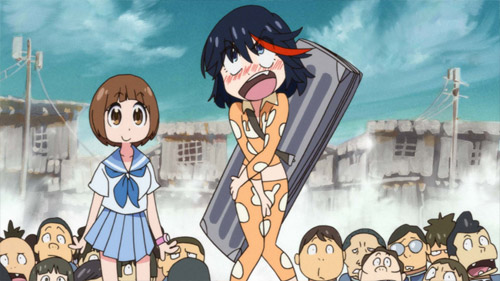 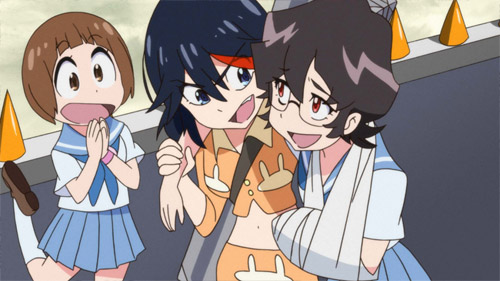 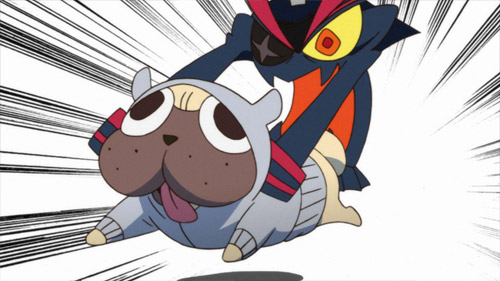 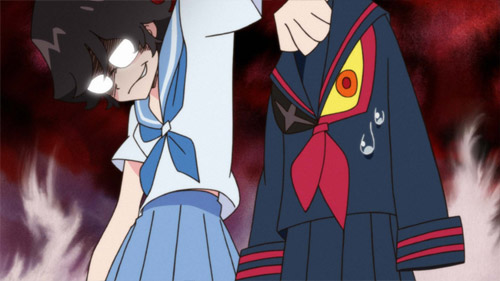 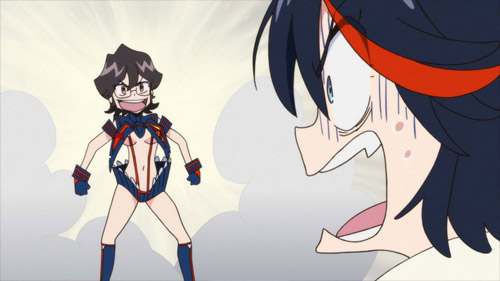 Ryuko wakes up to find everyone in a tizzy for some reason. Today is
"Honnouji Academy No-Late Day," held once per semester by the
Disciplinary Committee. They set countless traps on the route to school, and if a student is late, they are immediately expelled. Dragged along by Mako,
Ryuko begins her commute to school through Honnouji Town that has been
transformed into a veritable image of hellish torment. After an unexpected
turn of events, Ryuko and Mako team up with a classmate, Maiko Ogure.
Together, the three of them work to overcome the traps one by one,
but then...